A little more progress on the Ground frame cabin this weekend. For The slate roof I used Wills slate roofing sheets and for the door and window frames Evergreen plastic strip.  The Roof is removable as I eventually aim to add flooring and a suitable  lever frame. Some research on this is required  as presently I have no idea as to how the interior would have looked. Searching on the internet has revealed no more details. I was rather hoping  somebody might have posted an interior shot of an extant version but no such luck. Anyhow this research is also part of the interest in trying to produce something in model form  we can no longer see in real life. Well that's my take on it and why I seem to prefer this to freelance.
Next job will be the windows . 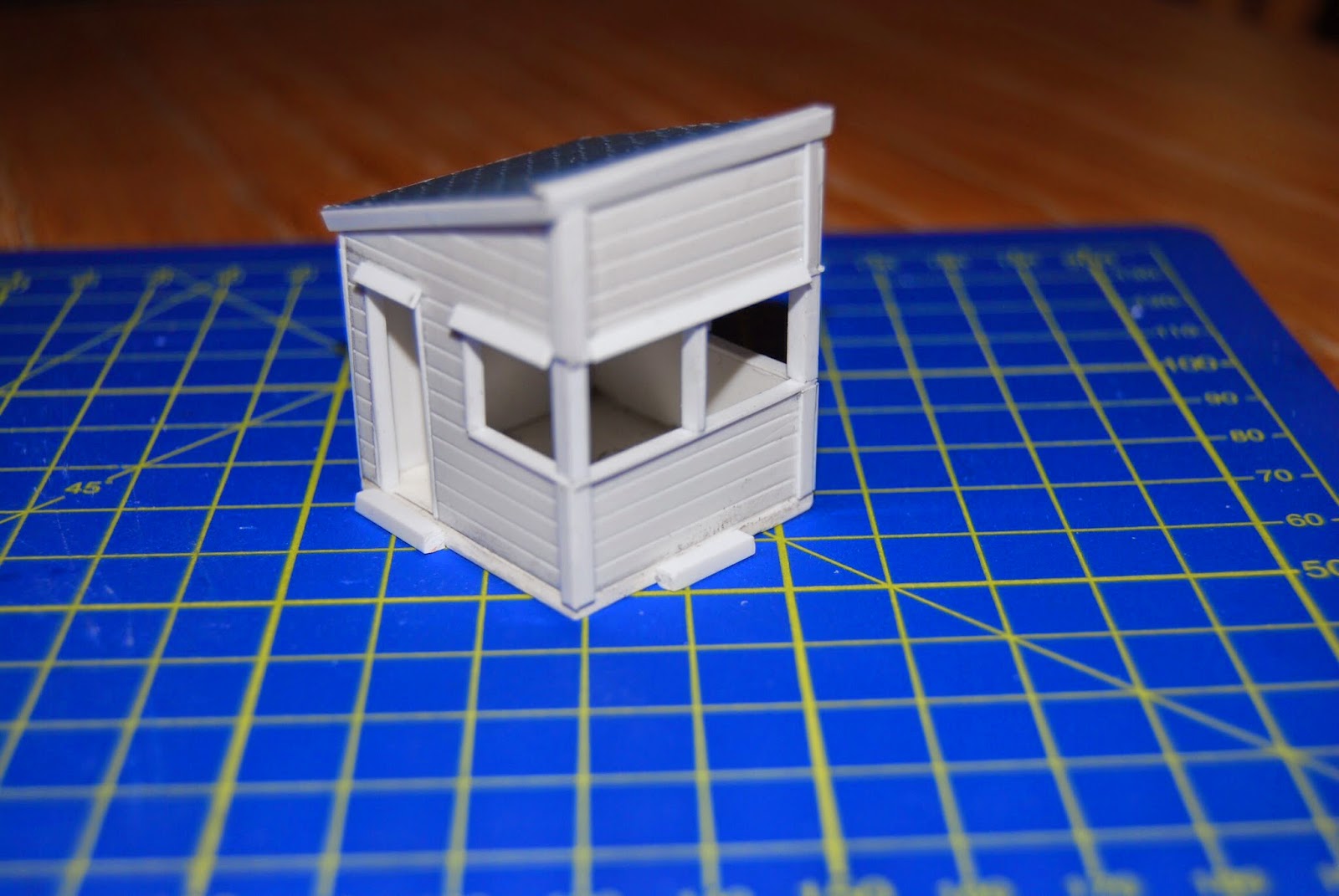 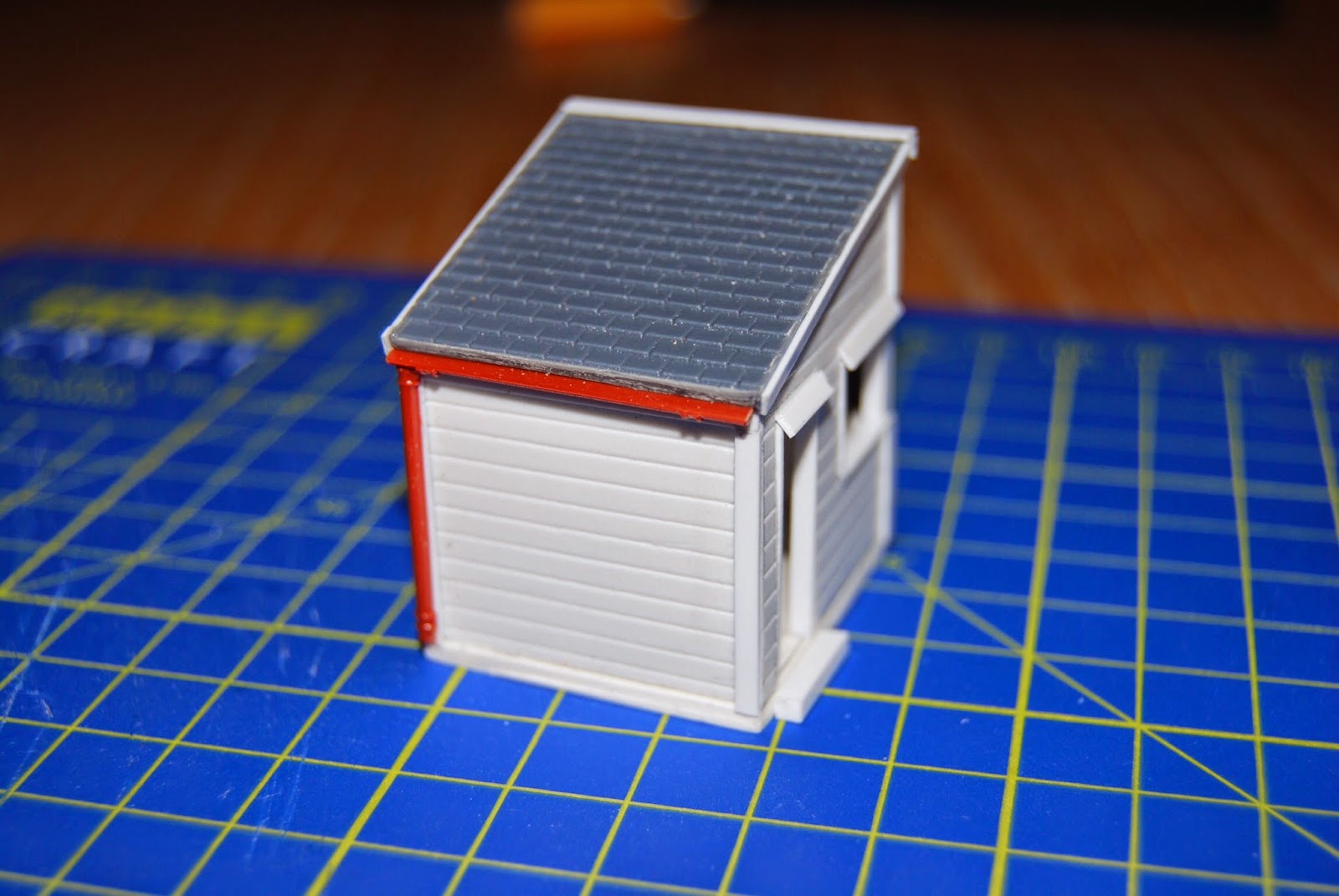 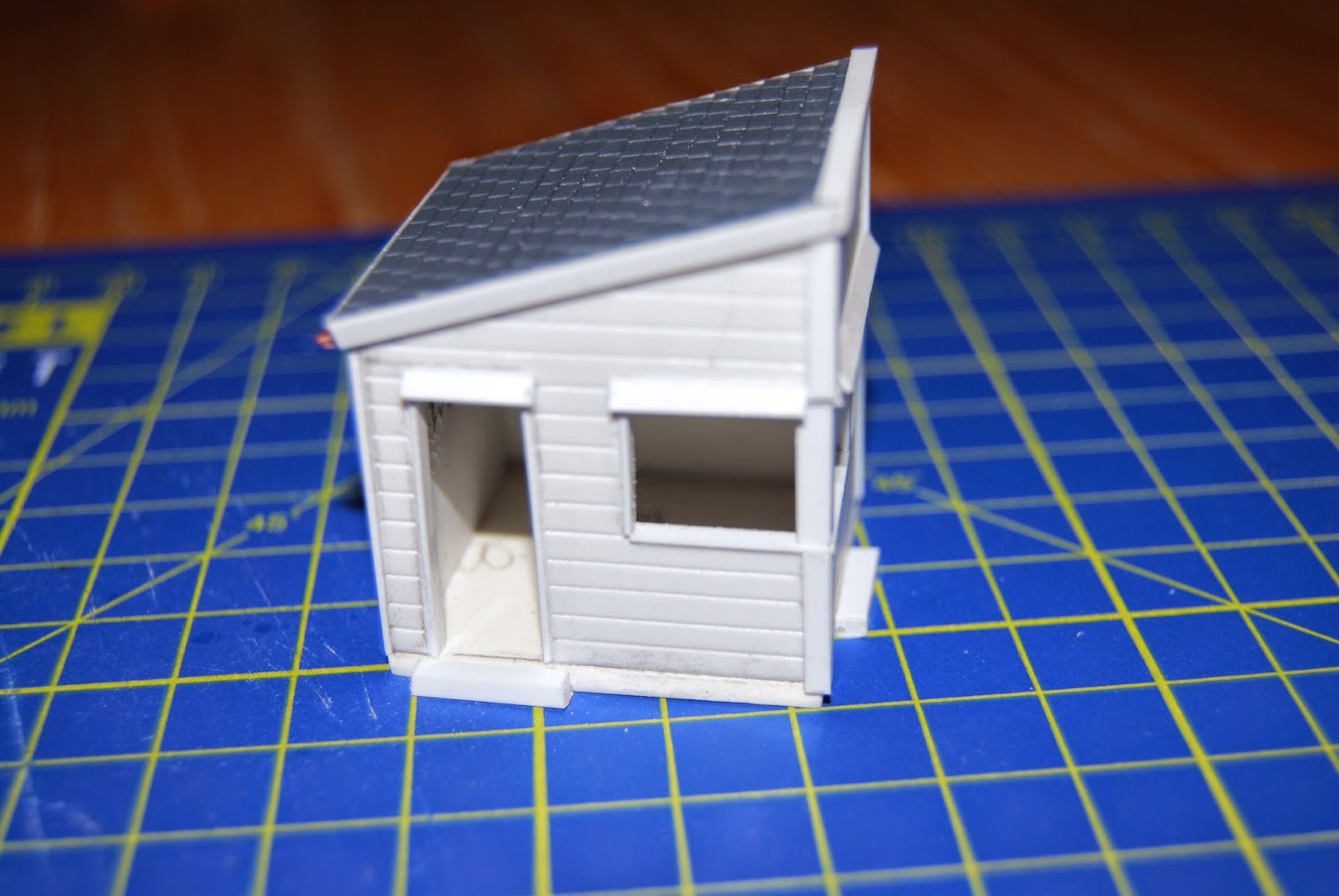 Well a start made on the tiny lever frame signal box at Lynton. Management procrastinated a while on how to construct this - card ? Plastic?  Fortunately some wills  sheets were found and a start made . Using the Bible  ( Measured and drawn ) a good start was had in just a couple of hours. The Bible  -according to Mr. Phillips - was in scale 7mm. Photo reduction by 57% and we have a tiny drawing to 4mm scale . X - Acto tool to hand and off we go. 2 hours later - and boy those wills sheets are thick - a promising start and away from my usual card modelling - why did the management put this off for so long ? 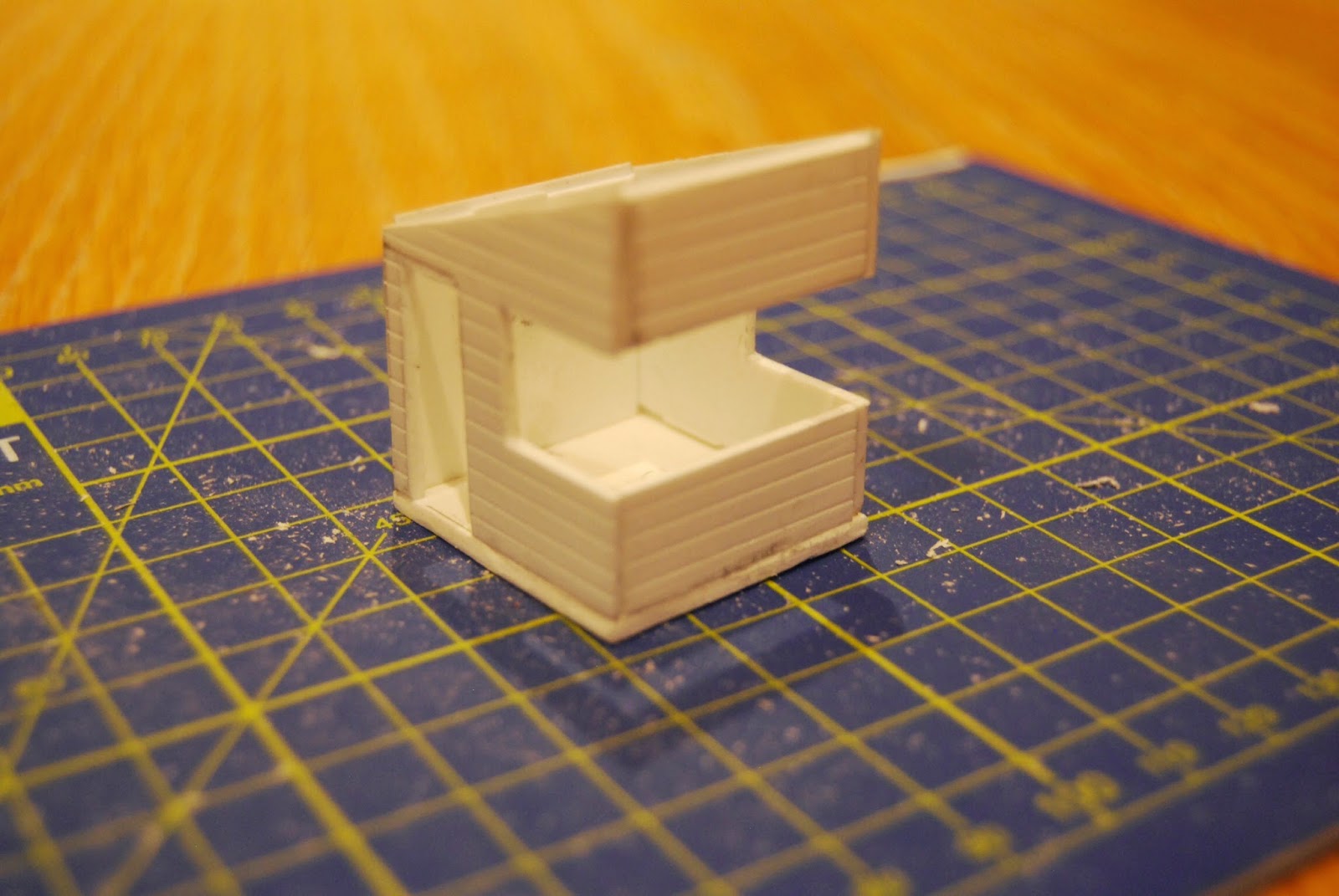 The signal box was of standard Southern Railway design , cropping up on the system in various locations.The ground frame box at Lynton being erected in 1925. Here are a couple of pictures to show its location . 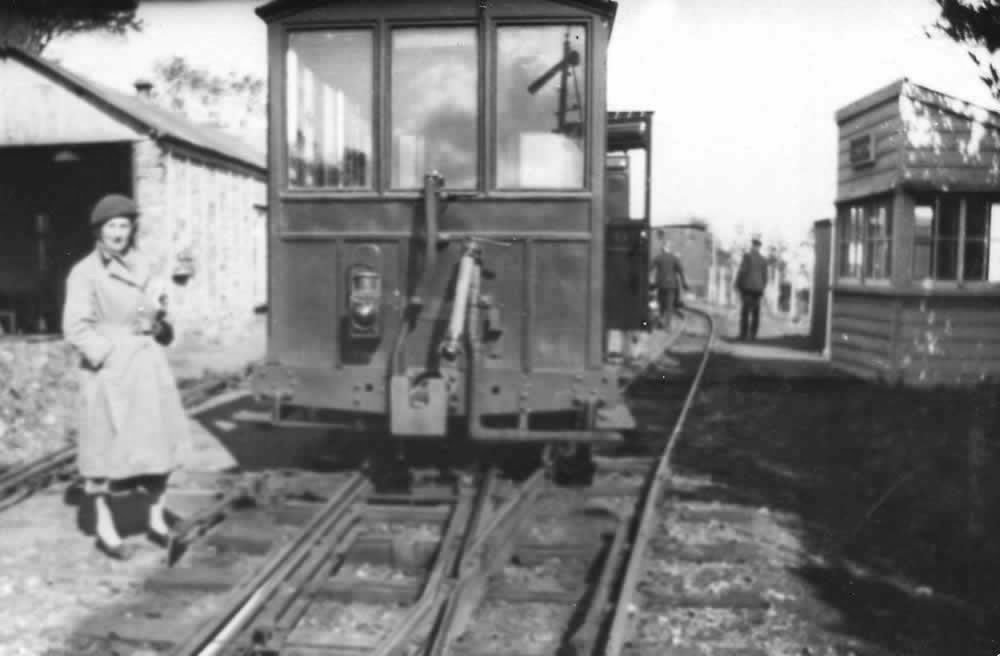 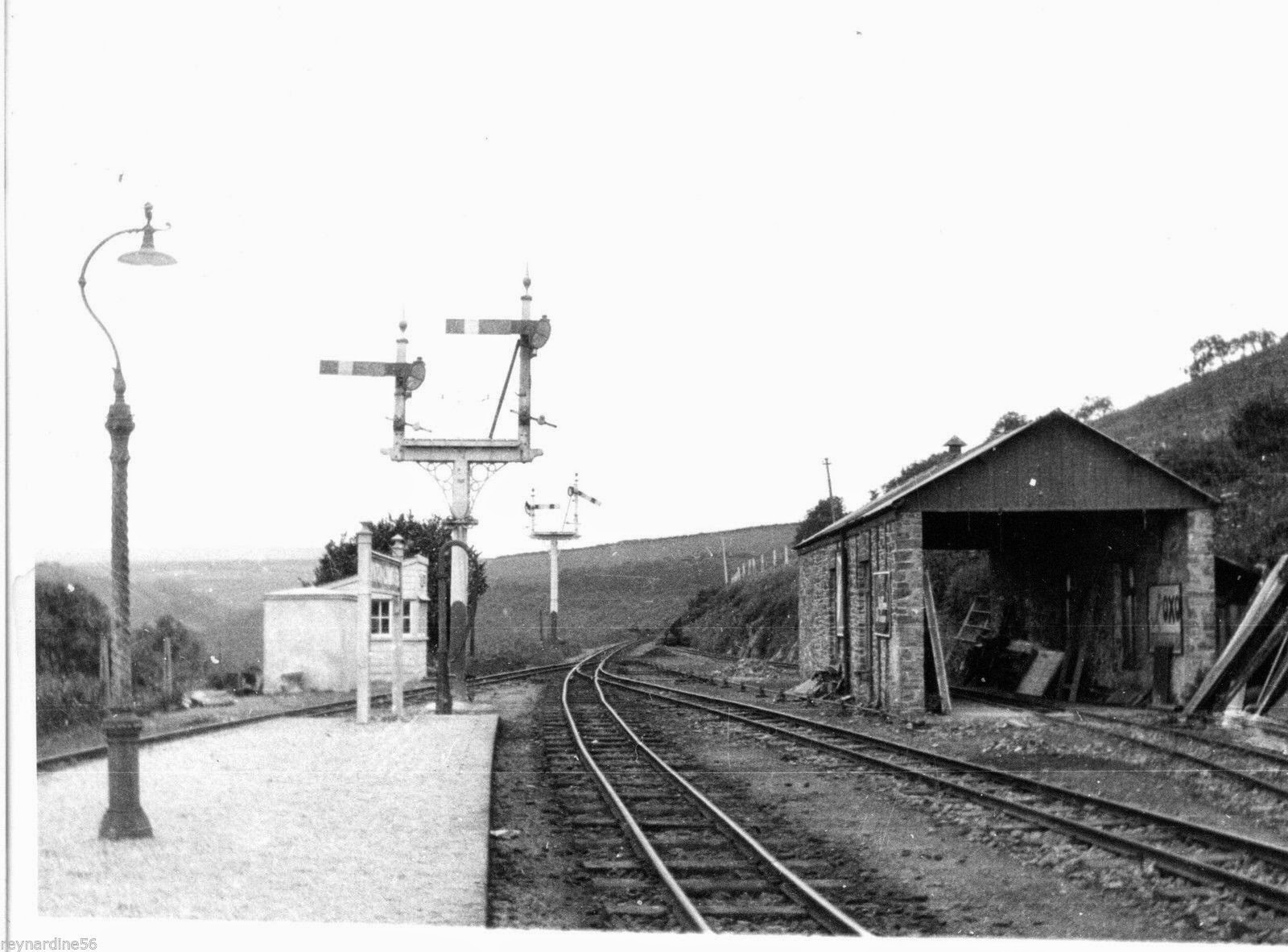 No suitable models were available -until recently that is with one produced by Outback models ( see earlier post) as a part of their Lynton model set . I also noticed Kernow   models taking advance orders for a Bachman version. However this would be slightly different as the station name board on the Bachman model is fixed as a part of the Model in the wrong place for it to be the same as the Lynton cabin. Unless you are a purist I'm sure no one would mind!
Posted by Dave P at 19:33 No comments:

Putting a lid on it.

A little more progress this weekend with the coal shed. After some debate by the management (me) , I decided to stick with the Noch paper. The walls have been thickened by laminating with more card which gives a much better feel to the shed and now looks more purposeful.The corrugated roof has also been added in slaters plasticard. As with the stone effect for the walls,how to complete the roof was also a debate at management level. I looked at the spare sheets of Willls corrugated sheets I have and noticed how thick they are , to my eye potentially making the roof just way too thick. I judged to myself that in such a model too many small pieces of corrugated sheeting would also look too fussy ( see earlier pictures for proof of this) . So, instead - 3 lateral strips of Slatersplasticard  looks better says the management . The roof is removable as I wish to add interior items. Guttering added from the Ratio gutters and down pipes set.
I am quite pleased in the end to finish this as this was a very utilitarian and ,quite frankly , boring building which resulted in me being uninspired to even start it.
So with the roof on and only requiring painting I have now closed that job off the list. Now then -how about that signal box or lamp hut...... 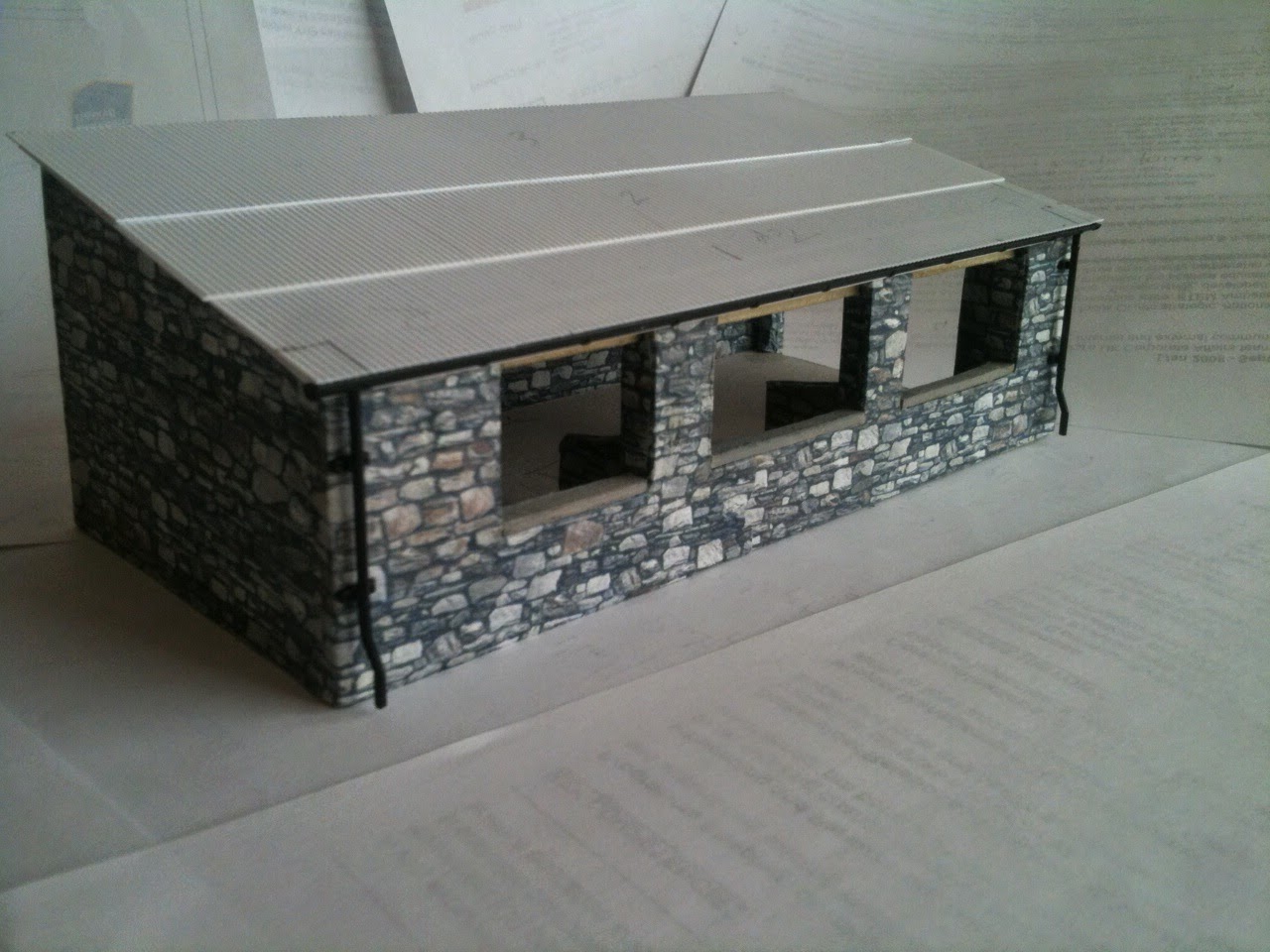 Well not quite but......in addition  to the previous post on Yeo here are some better quality pictures of her in build and finished. Sent to me today on CD by the builder Brian ........thanks. More of Brian's work can be seen at www.rhyd.weebly.com 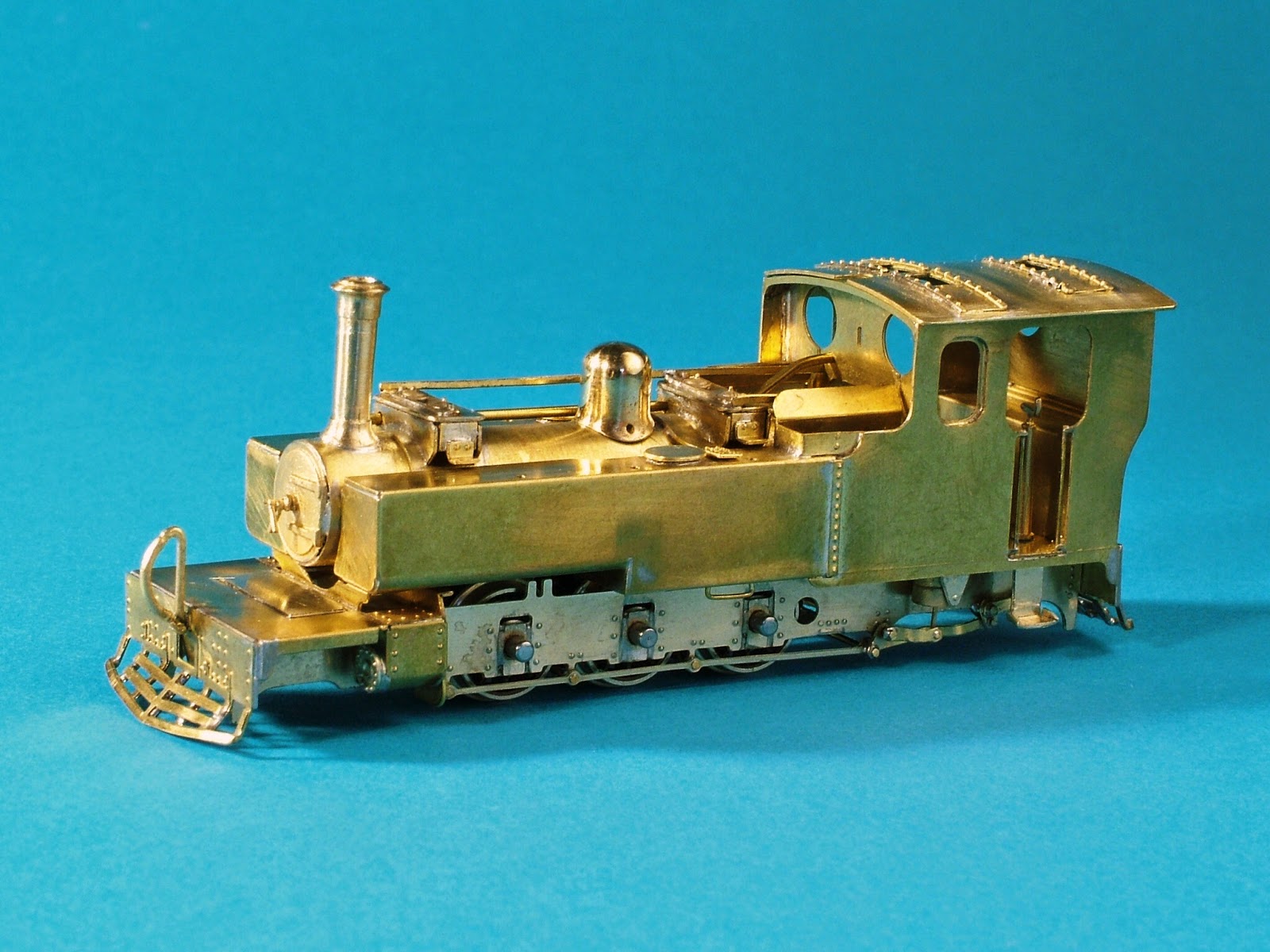 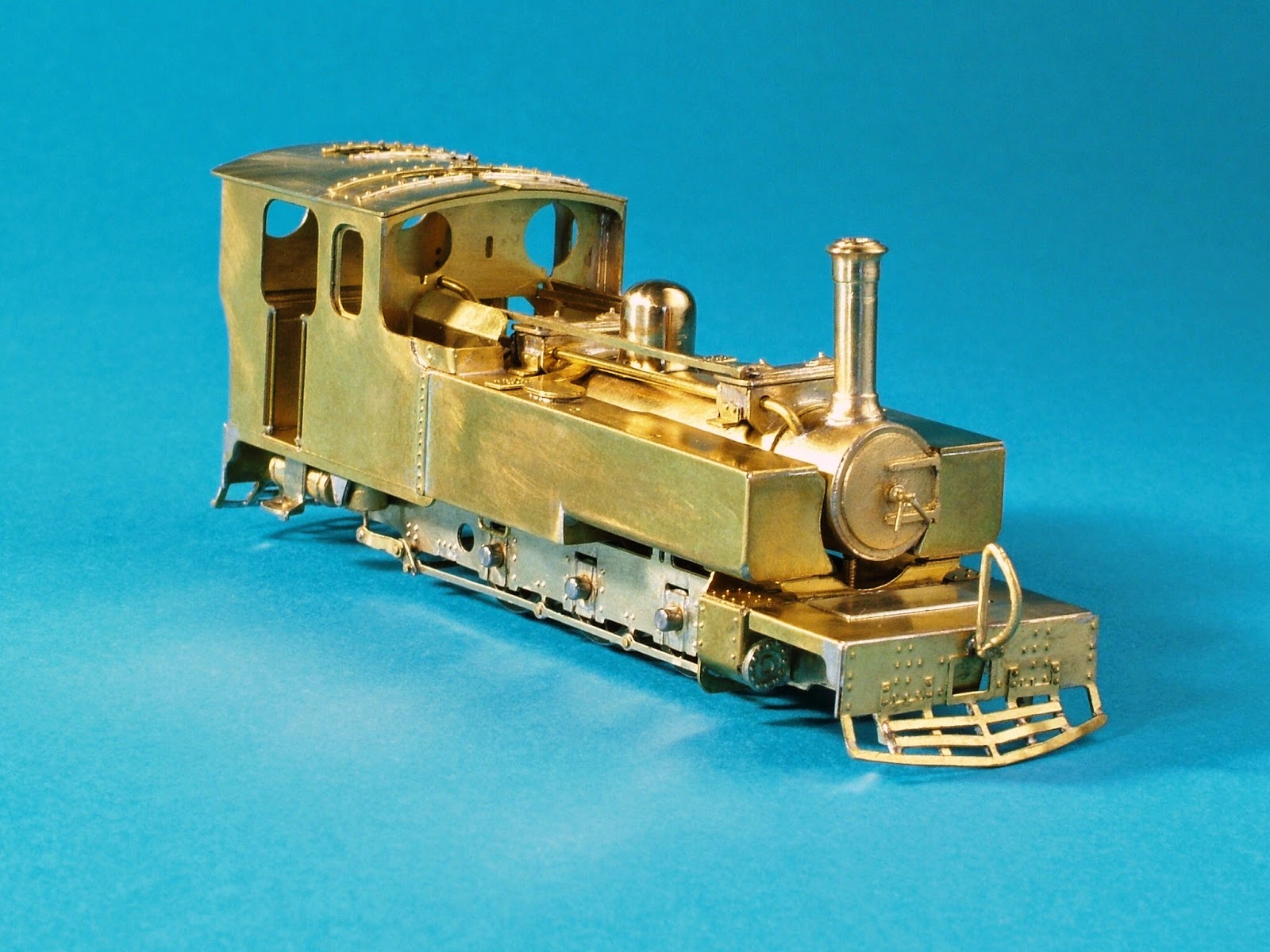 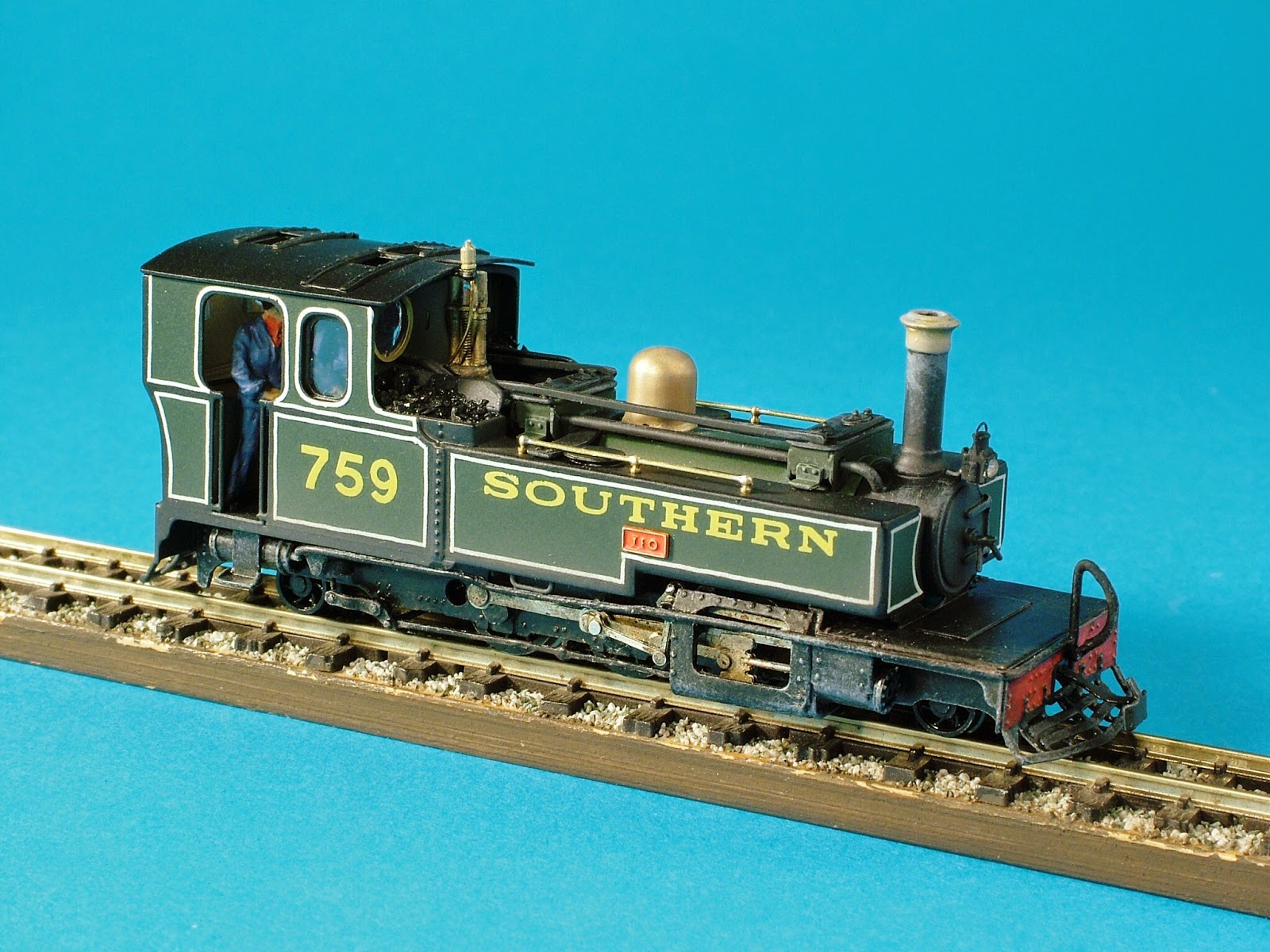 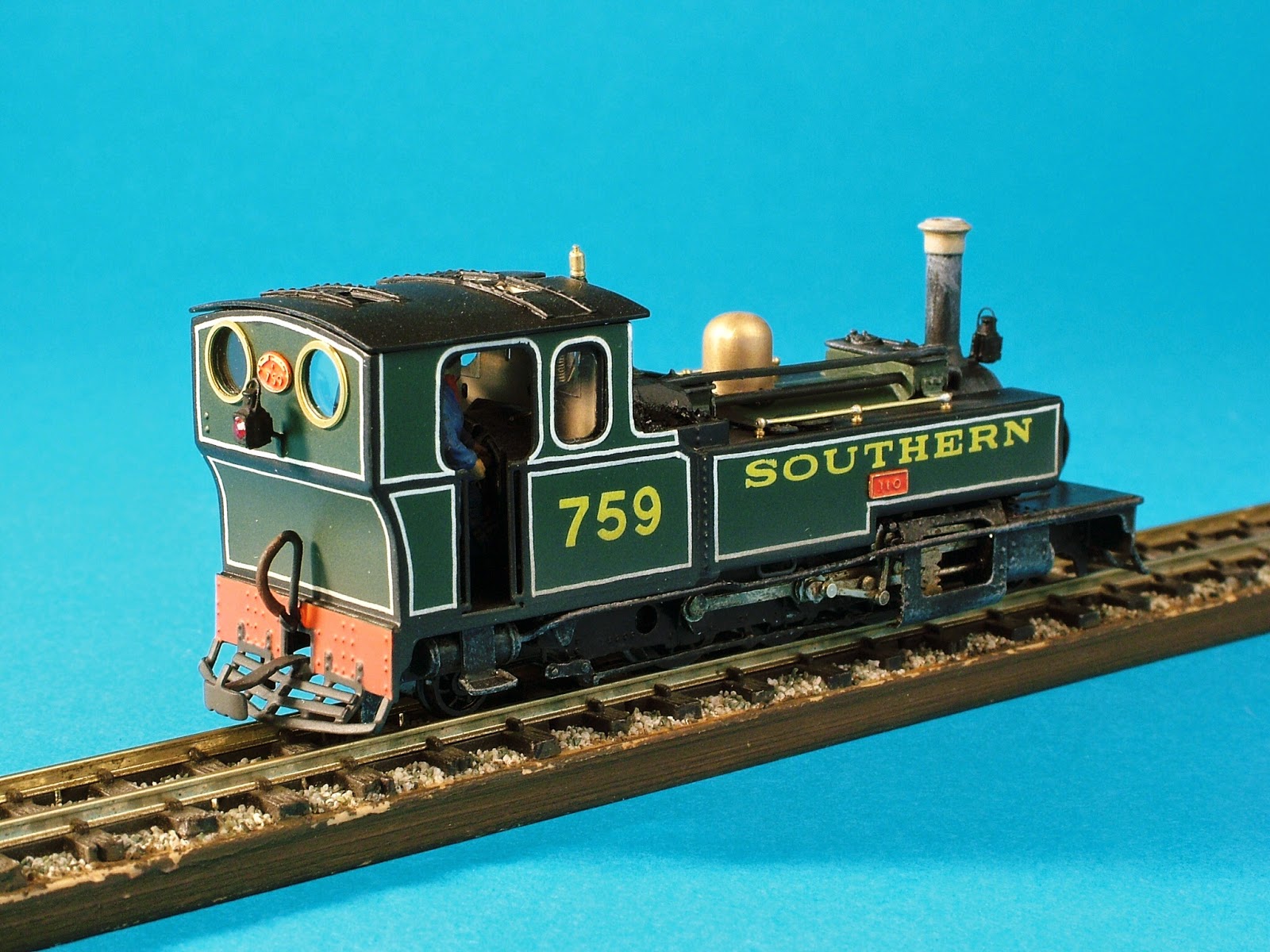 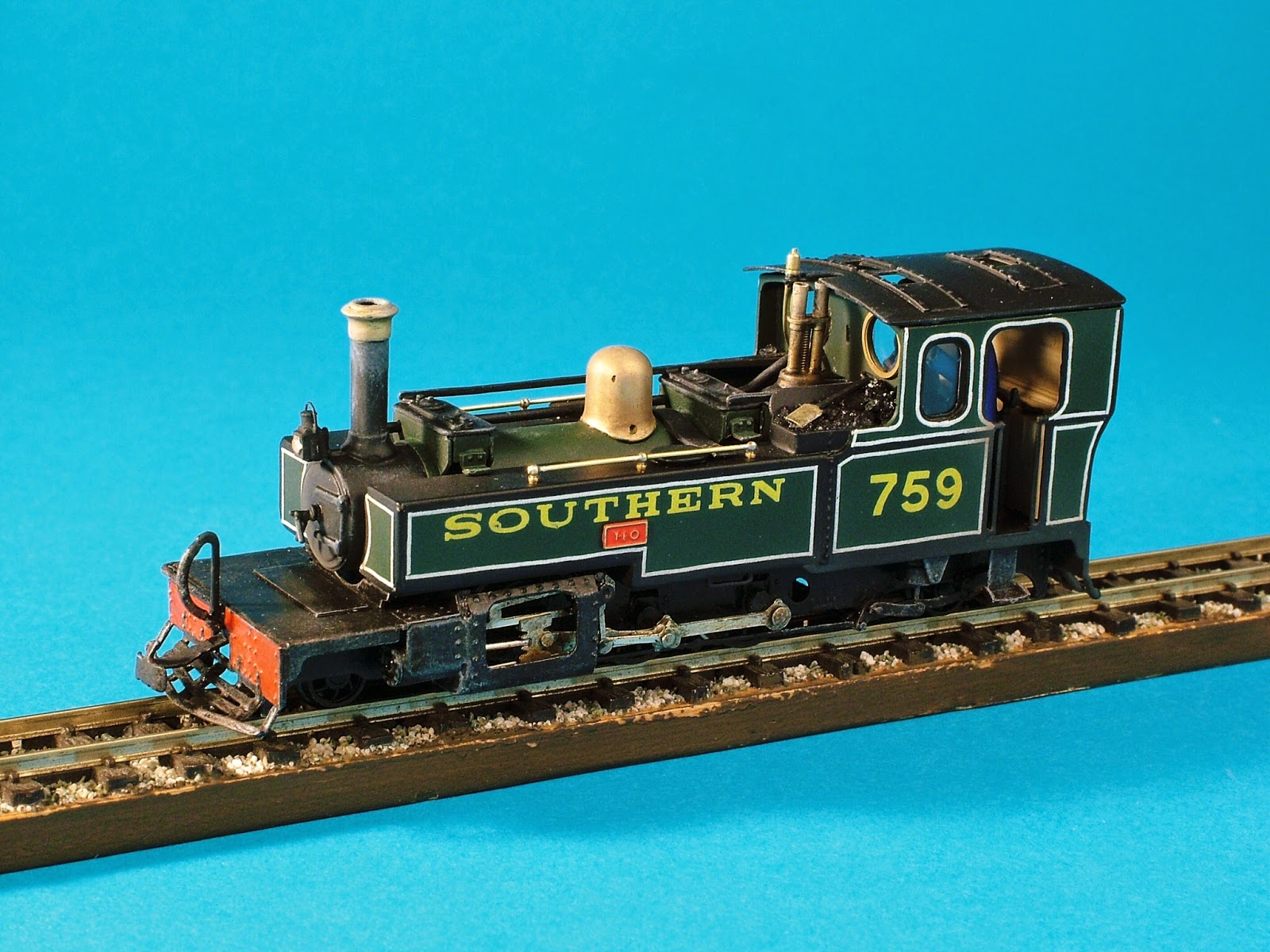 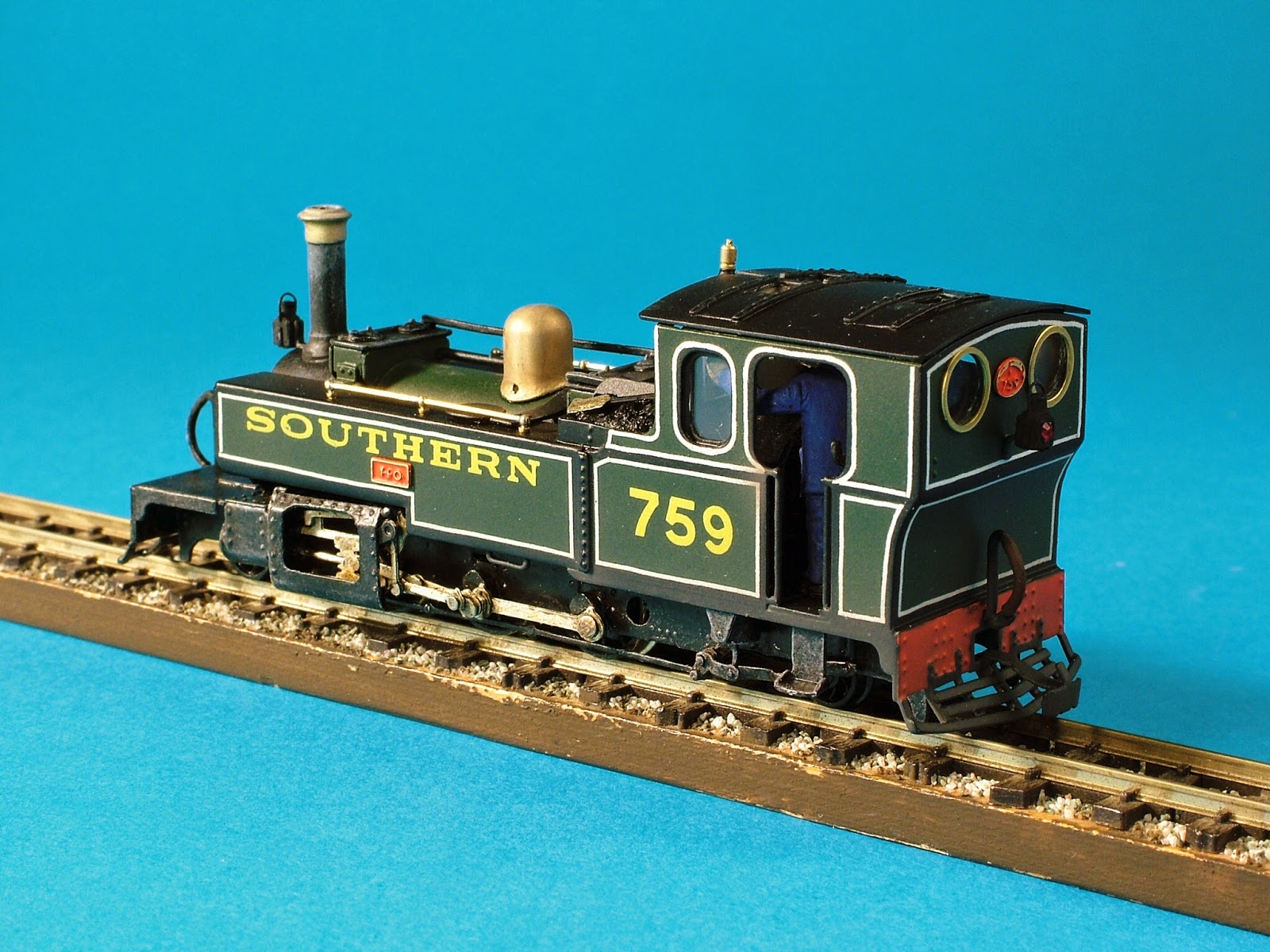 By the time you read this an Australian company, Outback Models has launched a very nice set of models for Lynton Station in 4mm. They were taking a risk they thought but need not have worried as the news is the first batch has nearly sold out and a second batch is being made due to an overwhelming response. For those now modelling this railway times are definitely good. Heljan announced the arrival of their locomotives Yeo, Exe and Taw in 4mm as ready to run in 2015 and we have of course Peco 's excellent coaches and goods wagons. I might have to bin the modelling bench!
Here's a glimpse , 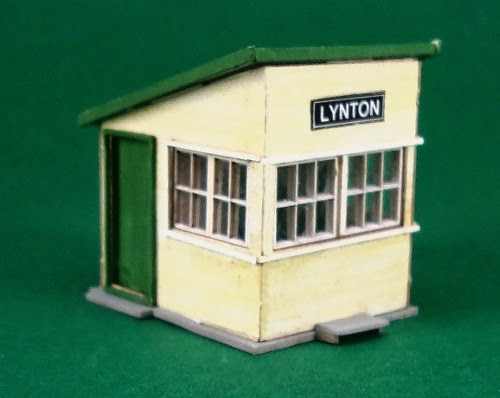 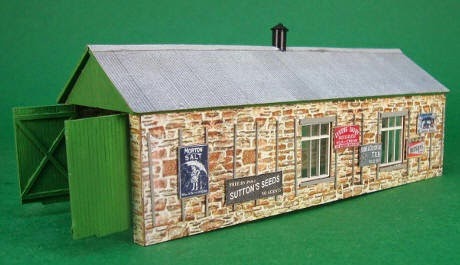 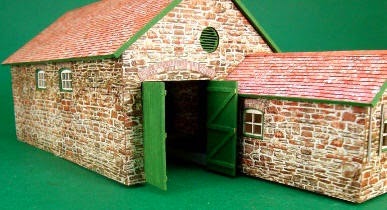 Just a quick shot today of progress made on the Coal shed over the weekend .
I've tried on this particular model to see how Noch paper might look. Apparently I can justify this perhaps  on the basis the coal shed was made with rubble. That what I recall reading... 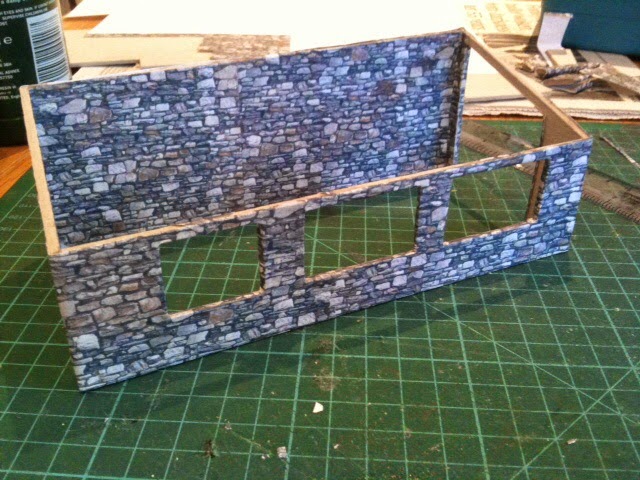 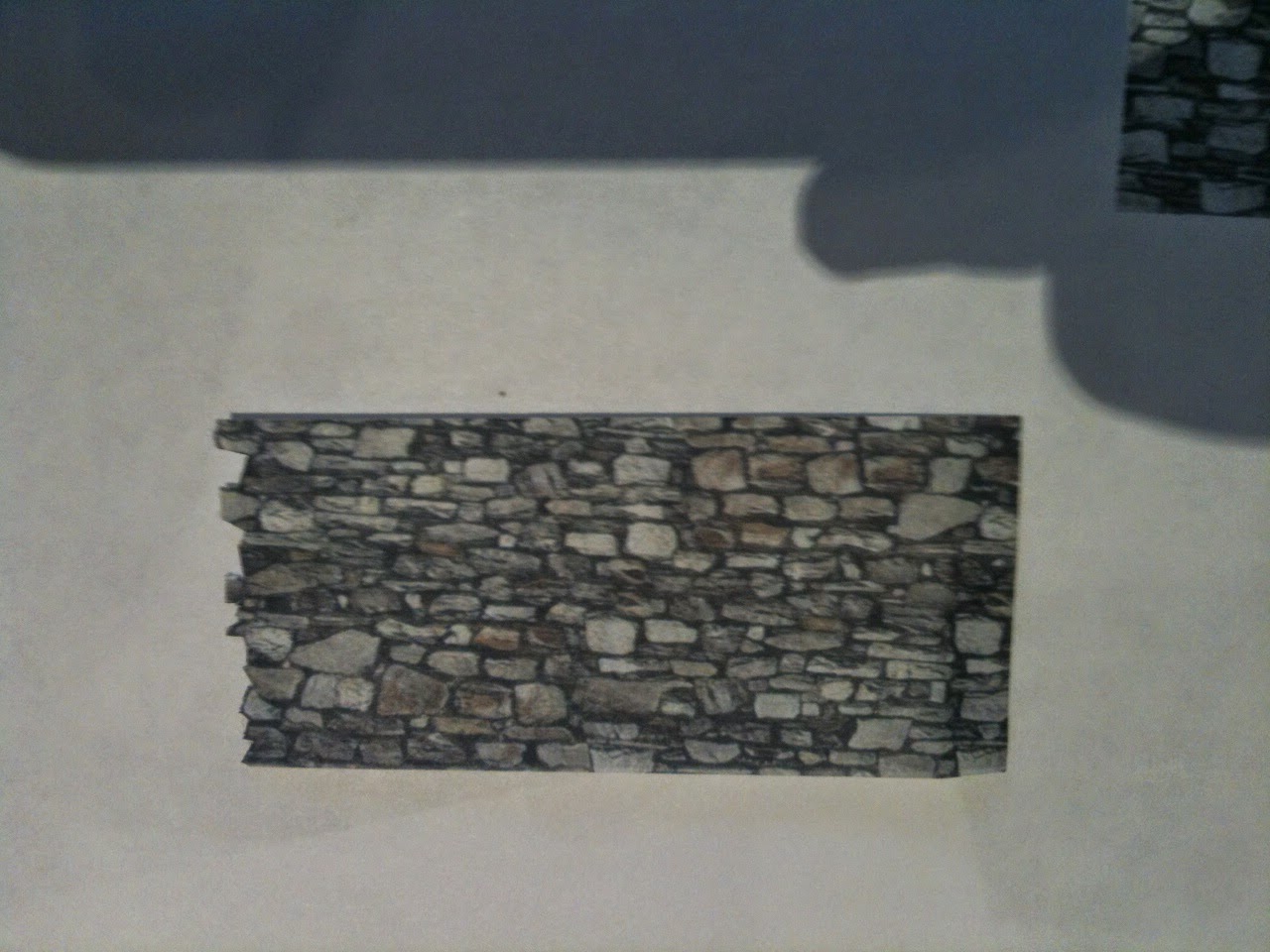 I've had very little time for modelling lately, something I'm sure all of us experience . The Summer is here , the grass is growing and of course we have to work to fund our hobbies. Anyway some progress on the coal shed. Again using the excellent book of " Measured and drawn " for dimensions. Some of the problem is there are no photographs that show the full coal shed. The drawing produced are therefore  based on some conjecture as the author of rhe book acknowledges. So without any better evidence I began my model.
My modelling of my buildings follows a tried and trusted method of using a card basis to which I then add the plastic card outer. When I first used this technique some years ago I found modelling in card somewhat easier than using a plastic shell. My only concern was that they would warp in time. This has not happened in all the years the station model has been in the loft . The loft can vary in extremes of temperature ,but so far the models retain good shape - unlike  myself who is beginning to show definite wobbly signs as I get older.
So I'm happy to model the basic structure in card and face in plastic. This time I might however face in paper having tried this process with Barnstaple station recently.Anyway here is the modest progress made on the coal shed. I'll think about how to face the building , 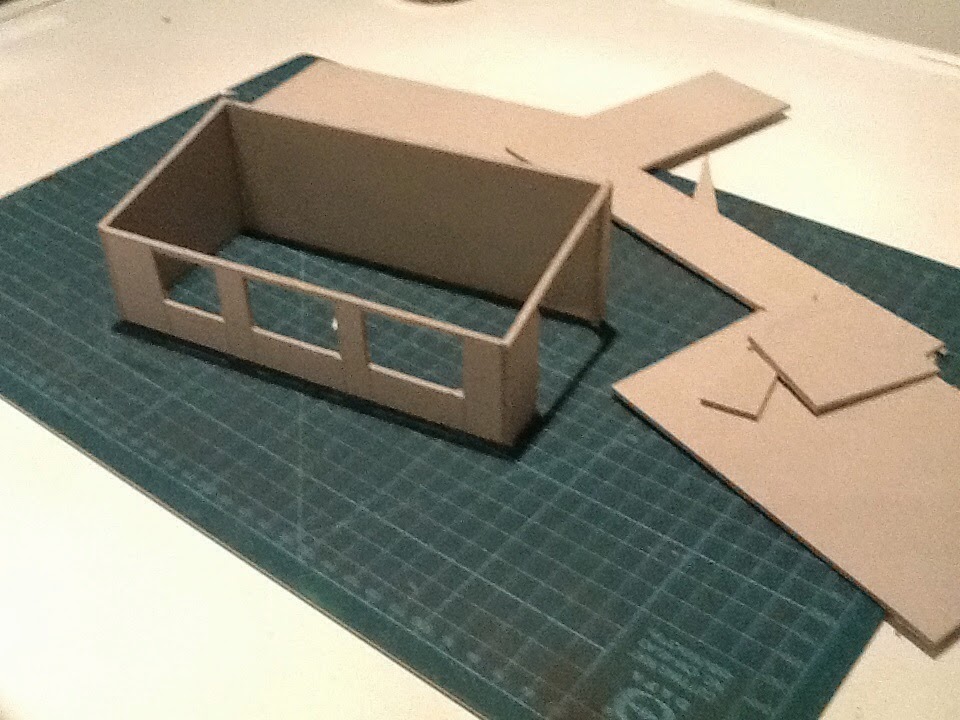 Going round the bend

So as I've mentioned earlier a re think on the exit of the station down the line. Currently the model has a very nasty reverse curve . The Backwoods hate it and the coaches also. So the controller has decided to make some changes. Originally I thought I would traverse the outside of the loft, such that the curve was the other way- following me? Instead ,as inspired by Brian Taylor's layout I have reviewed this again and will maintain the curve sweeping back as per prototype and attempt to model the hillside . The layout with then simply go to my fiddle yard. Nice simple and more modest.This is the up end baseboard as shown in the post 16th April.
Here's a view of the station exit taken from the hillside above the station - a black and white shot I've coloured with Photo shop. 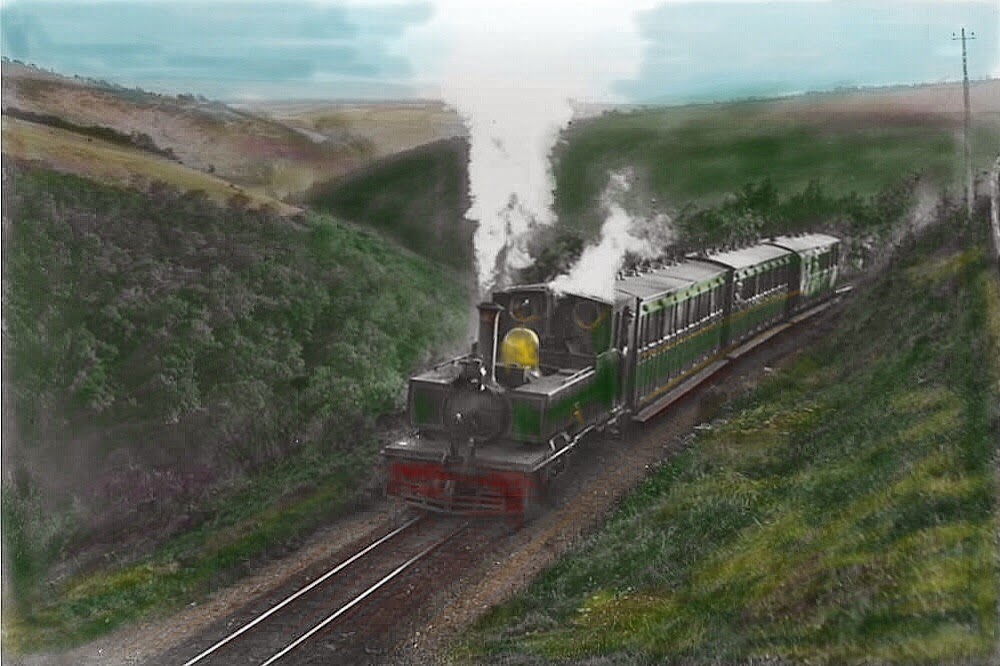 I thought it was time we looked at the engines that will run on this layout. First up is Yeo. This model was built for me by Brian Love whose excellent modelling skills have graced the pages of Railway Modeller and Narrow Gauge and Industrial magazines. Excellent running and with the new Peco mainline points has no issues at all. 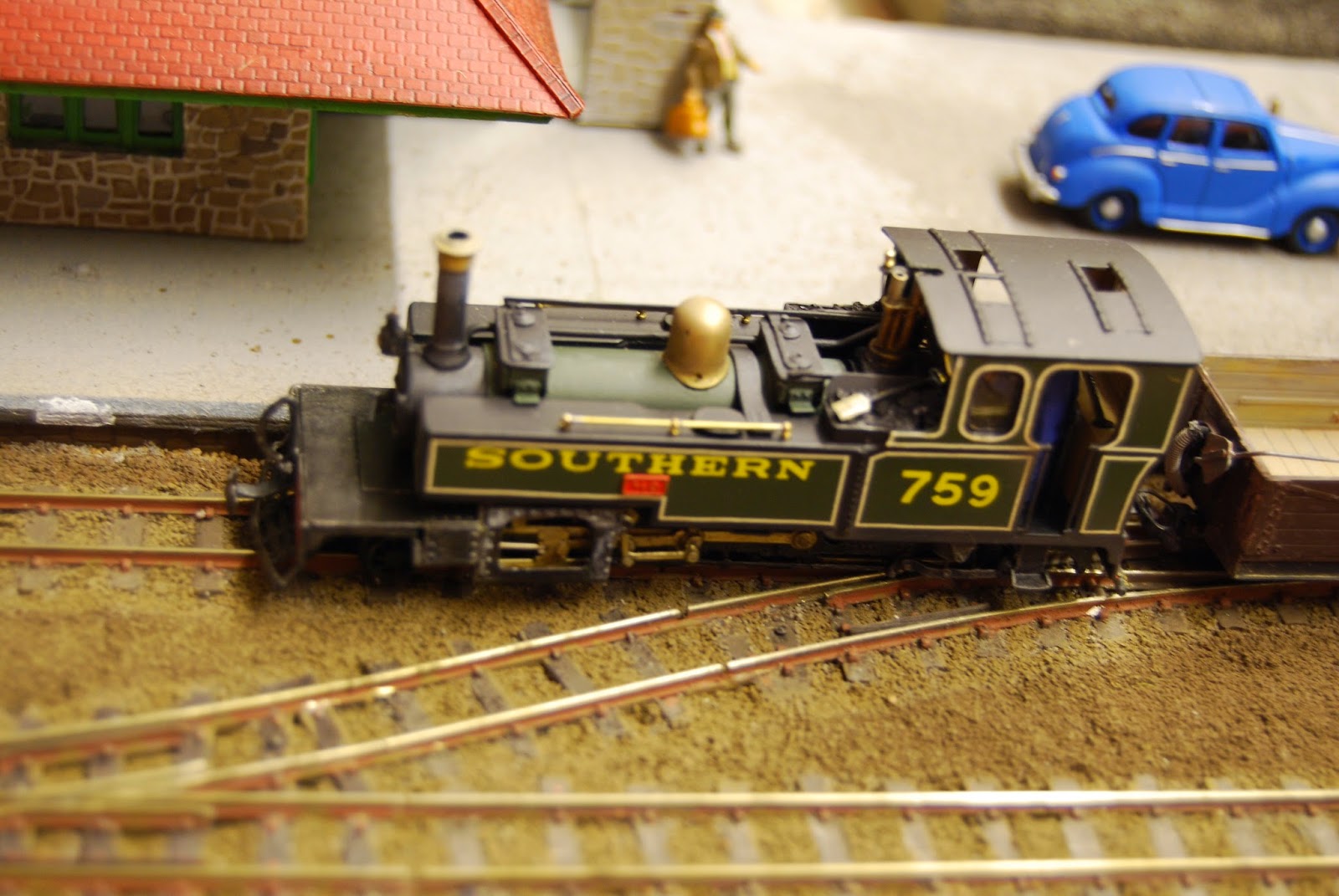