Putting the scene together

I had a few idle moments positioning the signal cabin , lamp hut and running in board in their approximate locations the other night. Most of my modelling at present is focused on the buildings meaning modelling at a desk, and not much activity on the actual layout. In fact this was perhaps my first venture up to the layout in several months .
When looking at these pictures you need to disregard the loosely laid look of the layout and the abundance of torn up scenics laid in ruin since modifying the track layout into the station. There is so much work yet to put right. For example, the exposed rock faces are still in native plaster and the ballasting is half removed due to track relaying. At the front of the layout , the hillside is still bare plaster. The track was also not aligned properly at the baseboard joins either! 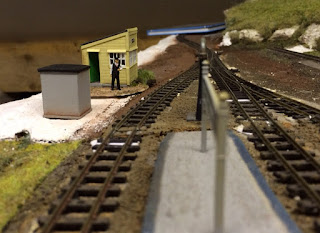 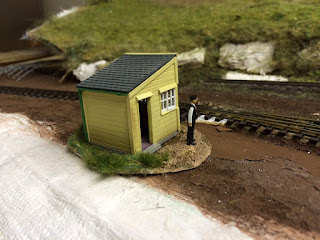 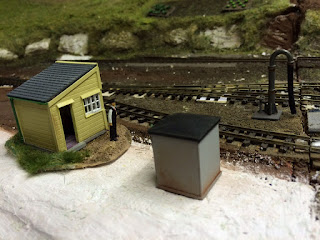 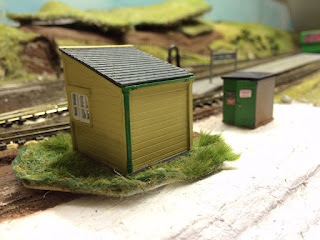 Thanks indeed to Brian again for another superb job completed. The pictures say it all. 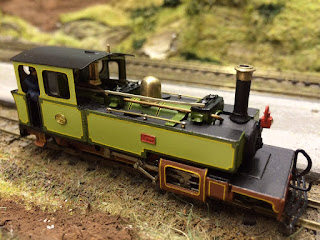 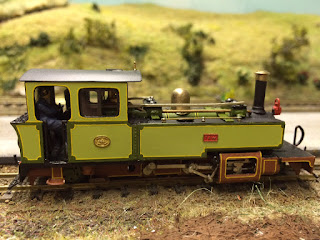 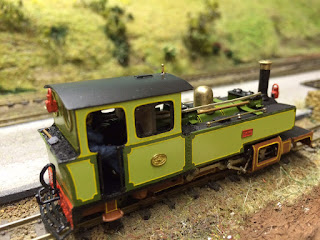 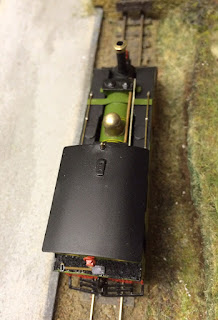 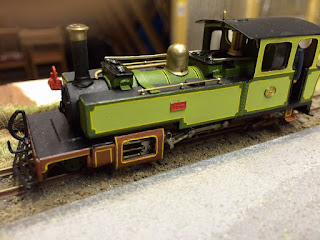 Yes indeed .... Glazing over making windows. My least favourite job.
A little modest progress for the engine shed by making the 4 windows. I tried a new system this time whereby I positioned a scale 4 mm drawing of the windows behind some clear acetate and then built up the window frames following the drawing underneath. I don't know why I never tried this before as it was a much simpler and quicker way to get the job done. Within the hour four windows were released from their sellotape confines. Now all I need to do is just a little trimming and put them in place . Success , and hopefully I need not be daunted by glazing again. 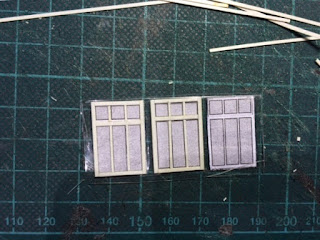 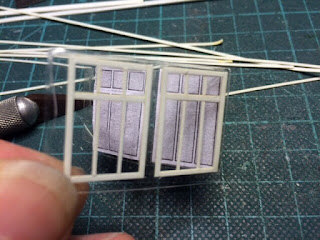 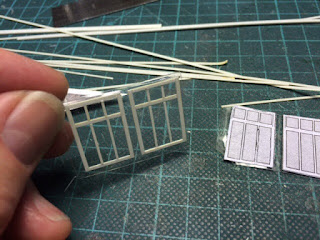 My model of Taw , purchased on eBay , is in for a repaint. She will be repainted in a prototypical colour scheme of the Lynton and Barnstaple private era period 1903 - 1913. When purchased the model was in a Holly green colour and red colour which was not a livery carried at any period of the lines history. Here she is being repainted. 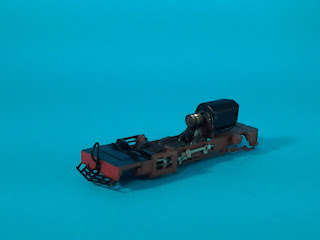 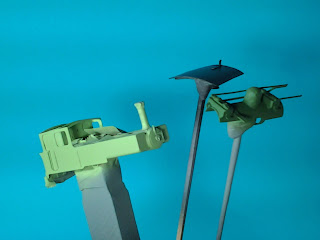 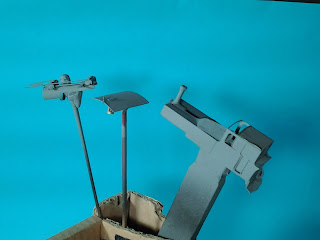